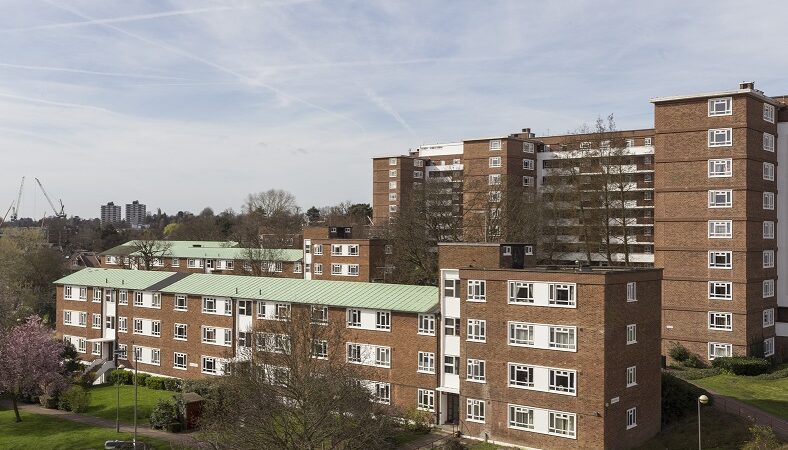 It’s a tough decision for any SME - risk stepping into your biggest contract ever or to play it safe and lose out on a big chunk of business. It was less of a dilemma for us, as we had the backing of the Glazerite UK Group as well as VEKA who were crucial in tackling the job.

Director of Adeva, Geoff Dwyer explained after completing the installation of nearly 3,000 windows and doors as part of a £2.2 million refurbishment of Wandsworth Wimbledon Park
Estate:

We installed the A-Rated, SBD specification and doors based on the VEKA M70 system in white,
for main contractor Mulalley and Company Ltd of Woodford Green on behalf of the London Borough of Wandsworth. VEKA also carried out the wind load calculations for the design
specification.

"The job was not without its challenges, firstly in removing the original Crittal steel frames, which were not only set into concrete but many had to be taken out in a single three metre by two metre piece."

"Also the new frames were an unusual combination of side hung casement and tilt/ turns which might have been a problem for some fabricators, though Glazerite took them it is stride.
This was a very substantial piece of work, and by far our biggest contract to date.”

You can find out more about which cookies we are using or switch them off in settings.

This website uses cookies so that we can provide you with the best user experience possible. Cookie information is stored in your browser and performs functions such as recognising you when you return to our website and helping our team to understand which sections of the website you find most interesting and useful.

Strictly Necessary Cookie should be enabled at all times so that we can save your preferences for cookie settings.

If you disable this cookie, we will not be able to save your preferences. This means that every time you visit this website you will need to enable or disable cookies again.